How to Add a Line Break to a Formula

Just before Christmas I was approached by someone who wanted to create name badges for a conference that they were running in February. She had an Excel spreadsheet containing the name and location of each conference attendee (it was an internal conference) and wanted to combine this information into a single cell – as per the screenshot below: 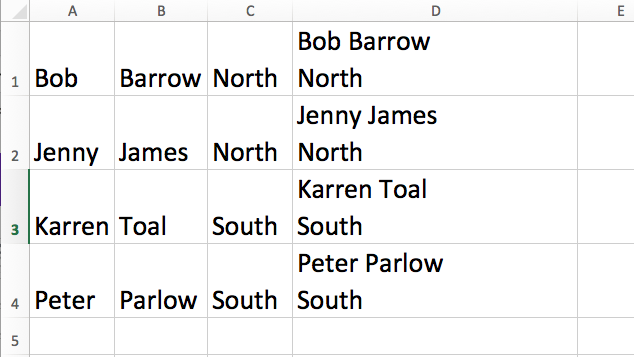 Once the formula has been entered, you must turn on Text Wrapping for the cell/cells that contain the formulas (column D in this example). To do this, select the cell/cells and click the WRAP TEXT button on the home tab of The Ribbon.

A fair bit of head scratching went on until my customer told me that she was using Excel on a Mac. The Mac operating system uses Character 13 to represent a line feed, so we changed the formula to =A1 & ” ” & B1 & CHAR(13) & C1